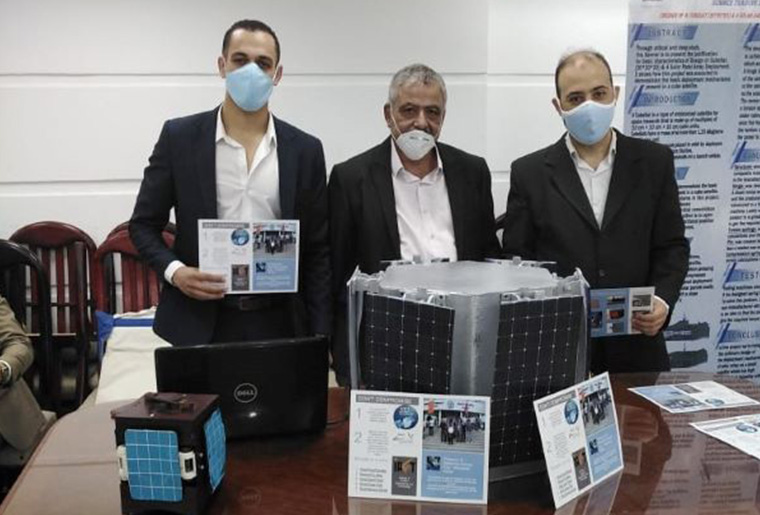 After winning two places out of (25) universities, The Egyptian Russian University and the Space Agency sign a protocol to participate in the implementation of satellites.

Dr. Sherif Fakhry Mohamed Abdel Nabi, President of the Egyptian Russian University, announced that a memorandum of understanding had been signed with the Egyptian Space Agency in “November 2019”, for cooperation in the field of space engineering and technology and satellites within the framework of the university’s plan to build capacity in the field of “space science” And remote sensing, “through cooperation with specialized institutions, whether at home or in the” Russian Federation “… indicating that the purpose of that is to establish a distinguished center in the field as a prelude to establishing a study program in this strategic specialization and that the aim is to cooperate with the Egyptian Space Agency. It is the localization and development of space science and technology for its students, faculty members and researchers.

In the same context, Dr. Alaa Al-Batsh, Dean of the Faculty of Engineering at the Egyptian-Russian University, emphasized that the most important terms of joint cooperation between the university and the Space Agency is to equip an educational satellite laboratory with the latest model to be used in training cadres of students and researchers, as the laboratory will contain technological components and simulation programs for the “Egyptian satellite for universities” .. adding that the aim is to prepare cadres for the labor market in companies that manufacture and manage satellites, whether at the local or international levels soon, and to open a field of research and new horizons for development and to contribute to the state’s plan to manufacture and launch satellites with Egyptian hands and minds; To keep pace with the programs of developed countries in this field.

After winning two places out of (25) universities,

The Egyptian Russian University and the Space Agency sign a protocol to participate in the implementation of satellites.