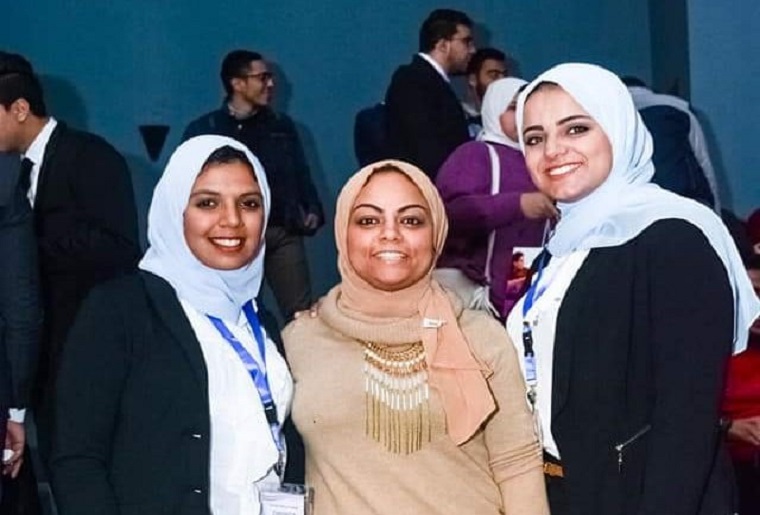 Dr. Soha Ramadan stated that cancer is a huge burden on global health. It can affect people of any age, region or socioeconomic level. According to American Cancer Society (ACS) statistics, cancer is the third most lethal disease following cardiovascular diseases, infectious diseases, and parasites.

The lecturer at the Department of Pharmaceutical Chemistry at the Faculty of Pharmacy of the Egyptian Russian University confirmed that the needs of cancer treatment therefore tend to be one of the most important fields of scientific research. Cancer, also known as a malignant tumor, is a group of diseases that involve an abnormal growth of cells with the potential to invade or spread to other parts of body. A major problem with cancer treatment is the fact that it’s not just a single disease.

Dr. Soha Ramadan explained that there are over 200 different cancers that are the result of various cellular defects. The formation of new blood vessels (angiogenesis) is one of the hallmarks well known in the carcinogenesis cycle. Vascular endothelial receptor-2 growth factor (VEGFR-2) plays a significant role in angiogenesis of cancer. Angiogenesis is greatly inhibited by targeting VEGFR which leads to tumor cell death.

The lecturer at the Department of Pharmaceutical Chemistry at the Faculty of Pharmacy of the Egyptian Russian University indicated, that in this study, quinazoline and quinoline derivatives were developed and synthesized as targeted inhibitors of VEGFR-2 and MYT-1 kinases. The design centered on the analysis of previous SAR studies, bioisosteric modifications and molecular hybridization approach to approved lead compounds and in clinical studies ones; Synthesis of the designed compounds was then achieved, and various spectral and microanalytical data validated their structures.

The lecturer in the Department of Pharmaceutical Chemistry at the Faculty of Pharmacy at the Egyptian Russian University indicated that the biological evaluation was accomplished through testing both anticancer activity and enzyme inhibition activity. The enzymatic assay was performed at Thermo Fischer Scientific, USA.The enzymatic activity of the synthesized compounds was assessed against VEGFR-2 and MYT-1 kinases at 10 μM concentration. Most of the synthesized compounds showed potent VEGFR-2 inhibitory potency in particular IXd, Xd, Xe, Xh, Xi, Xj, XIc, XIIa, XIIb. NH-linked urea based derivatives highlighted that incorporating a carboxamide moiety at position 2 of quinazoline scaffold, replacing the ester functionality, resulted in marked increase in enzymatic potency (Xa-j vs. IXa-j), which is probably attributed to the extra H-bond with Cys919 that is suggested to be crucial for potent VEGFR-2 inhibition. Thus, five quinazoline-2-carboxamide derivatives (Xd, Xe, Xh, Xi and Xj) exhibited potent nanomolar VEGFR-2 inhibition with IC50 values of 12.1, 40.3, 15.5, 13.1 and 57.4 nM, respectively, superior to that of sorafenib (IC50 78.9 nM). Compound (XVIg) showed moderate inhibitory activity on MYT-1 kinase at 10 μM concentration. This compound may be a gleam of hope to design and develop more selective MYT-1 inhibitors in the future perspective.

Soha Ramadan Abdel-Hadi noted that the molecular modeling studies were conducted by the Discovery Studio 2.5 program to investigate the binding mode of the targeted compounds and interpret their variable inhibitory behavior. The same software was also used to perform computer aided ADMET study. The thesis involved 245 references showing the literature survey for this research point. The researcher is also studying to apply for a patent for the innovative compounds resulting from this study.

Soha Ramadan Abdel-Hadi, Lecturer in the Department of Pharmaceutical Chemistry at the Faculty of Pharmacy at the Egyptian Russian University, presented a new innovation for some heterocyclic compounds as cancer-targeting agents in her doctoral thesis.