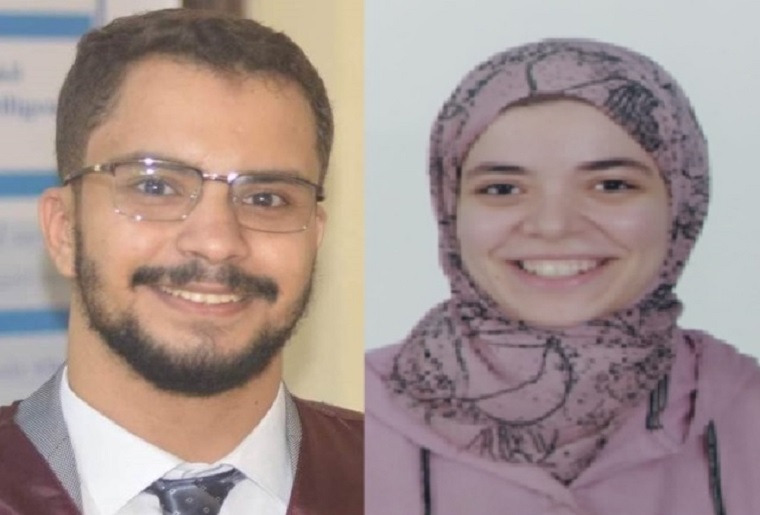 Prof. Dr. Sherif Fakhry Abd Elnabi, president of the Egyptian Russian University in Cairo, in Badr City announced that “Huawei International Telecom Company” has chosen “engineer Mostafa GamalAbd Elsamie”, the assistant lecturer at the Faculty of Management, Professional Technology and Computers” at the university to be one of the best ten trainers in the field of “artificial intelligence” for the year (2021) at the level of Huawei academies in all Egyptian universities. Also “engineer Rehab Hassan Mohamed Serag” a teaching assistant at the “Faculty of Engineering- Department of Communications Engineering” at the university was chosen among the top ten trainers in the field of networks for the year (2021) at the level of Huawei academies in all Egyptian universities. Noting that this selection and honor given by Huawei; was a result of the large number of students who were trained during the specified time, amounting to 370 students, in addition to the number of classes that were opened for the trainer, as well as the number of students who were able to pass the international exams which amounted to 41 students from the university. Besides the trainee students who received silver and bronze medals and the qualification of one of them to compete at the international level in the competition to be eliminated in China.
Prof. Dr. Hisham Fathy, the general supervisor of the academy at the university and the supervisor of the establishment of the Faculty of the Artificial Intelligence at the university, explained that the university’s Huawei Academy has won the second rank among the academies of Egyptian private universities for the year (2021).
Dr. Tamer Saleh, the Academy’s Executive Director, pointed out that the university has distinguished experiences from scientists, faculty staff members and their assistants at the level of Egyptian and international universities. He indicated that their achievements appear in various training, scientific and research fields, and they achieve successes that the university administration and its affiliates are pleased with. He added that this success encourages the university’s administration to continue its drive toward stimulating the training of more ICT students for the university affiliates and graduates, as well as trainees from other universities’ students and graduates, and to achieve better results in the Huawei ICT competition for the next year. The ultimate goal, which we seek to reach, is to develop the skills of the university’s youth and prepare a promising generation on which the state relies on its sustainable development plan.
It is worth noting that Engineer Mostafa Gamal is an assistant lecturer at the Egyptian Russian University in the “Faculty of Management,Profession-al Technology and Computers”, and he obtained a master’s degree in “ Artificial Intelligence “ in addition to publishing international scientific researches in this speciality. It is also noteworthy that Engineer Rehab Hassan is a teaching assistant at the Egyptian Russian university in the “ Faculty of Engineering”, and after graduation, she joined a scholarship offered by the National Telecommunication Institute (NTI) in the “ networks field” and is currently preparing a master’s degree in the field of networks.