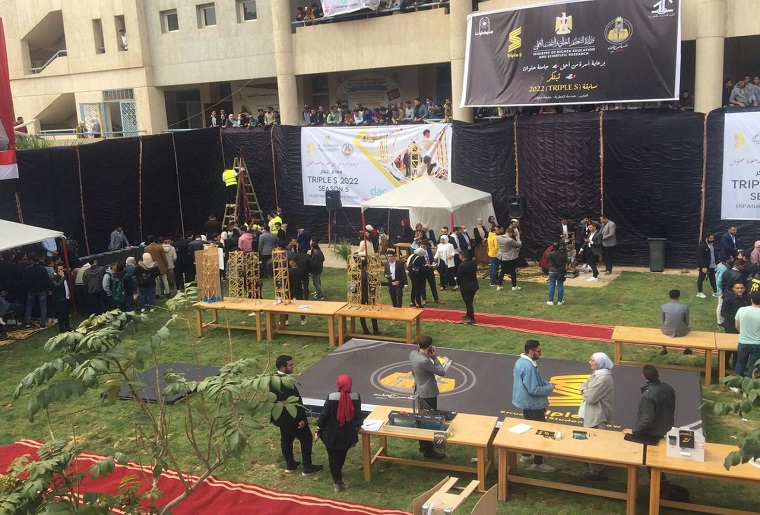 The university administration extends its congratulations and thanks to the university teams participating in the competition under the supervision of Prof. Fatma Shaltout, Head of the Department of Construction Engineering, and members of the faculty and the assistant staff, on the occasion of obtaining the sixth place out of 25 teams representing 15 universities.