On Mother’s Day, the Egyptian Russian University celebrates and honors the mothers of valedictorians. 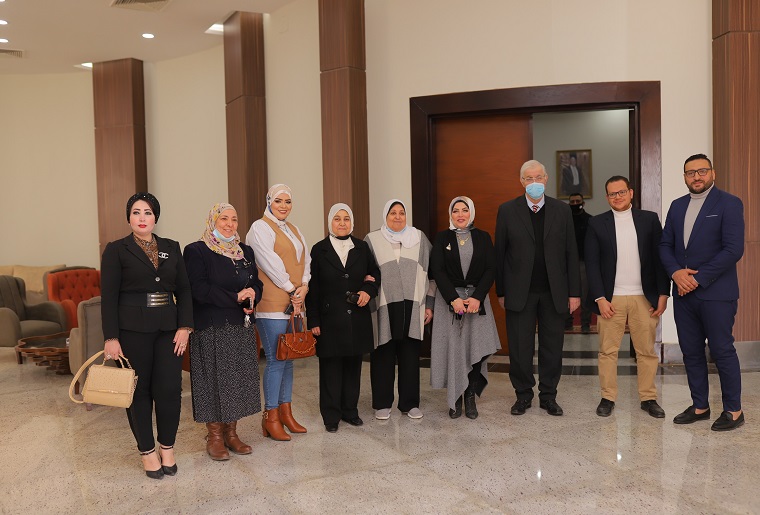 On Mother's Day, the Egyptian Russian University celebrates and honors the mothers of valedictorians.

The Egyptian Russian University organized a celebration to honor some of the students’ mothers on Mother’s Day, which is considered the Egyptian Women’s Day, in the presence of the university’s professors, teaching assistants, public figures, businessmen and university students in “Dr Sherif Helmy” conference hall.

Dr. Sherif Fakhry Mohamed Abdel Naby, President of the Egyptian Russian University, lauded the best mothers on Mother’s Day and praised the exerted efforts and the great sacrifices of the Egyptian mother in raising promising generations that contribute in the progress and development of their country and instilling in them good values ​​and morals. He noted that the university is keen on celebrating this occasion annually in recognition of the vital and effective role of women in building a sophisticated and civilized society.

This year witnessed the organization of a competition among the university students in the campus for the most beautiful artwork expressing mother’s role and credit in society. 27 students participated in it and the mothers of the winners were honored, who are:

– Youssef Tariq Muhammad, “Student in the Faculty of Oral and Dental Medicine” a short video entitled “The Bright Side”.

It is worth noting that female leaders at the university were also honored, including the prestigious Ms Ikram Mohamed Abdel Hamid – Secretary General of the university, and Dr. / Hana Abdel Rahman – the head of student activity at the university. Moreover, some female media figures and public figures were honored, such as: the presenter, Ms. Rasha Diab, the broadcaster, Mayar El-Beblawi, the etiquette expert, Dr. Sherihan El-Desouky and Chef Nouna.

Dr. Hana Abdel Rahman, the pioneer of student activities at the Egyptian Russian University, declared that the Egyptian woman is a symbol of struggle, strong determination and ability to face all challenges and difficulties for the sake of her family and country. She added that the state is keen on empowering woman and making her an essential and effective partner in both political and social work. Furthermore, she pointed out that Egyptian women have won great support and got a big share in executive, parliamentary and party positions. Regardless all the obstacles, women are able to succeed.

The pioneer of student activities at the Egyptian Russian University clarified that the 27 honored students who participated in the competition for the most beautiful artwork expressing the role and credit of the mother in society are:

On Mother's Day, the Egyptian Russian University celebrates and honors the mothers of valedictorians.