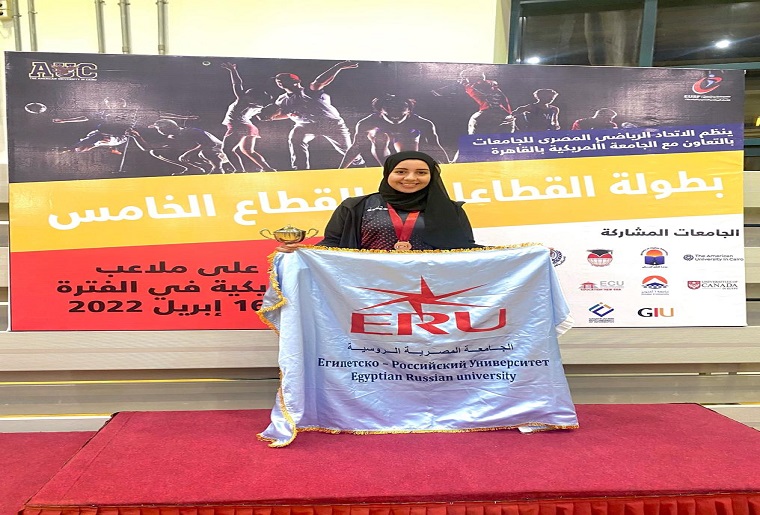 The student / Yasmine Mohamed Thabet, enrolled in the Faculty of Management, Professional Technology and Computers, participated in the Speedball Championship (Martyr Ibrahim Al-Rifai Championship for the 49th session) “The Fifth sector”, which was held on the stadiums of the American University in the Fifth Settlement, and won the third place for individual female students’ games, and the tournament included high-ranking players from several universities. The university administration extends its warmest congratulations and best wishes for continued excellence to all our students.