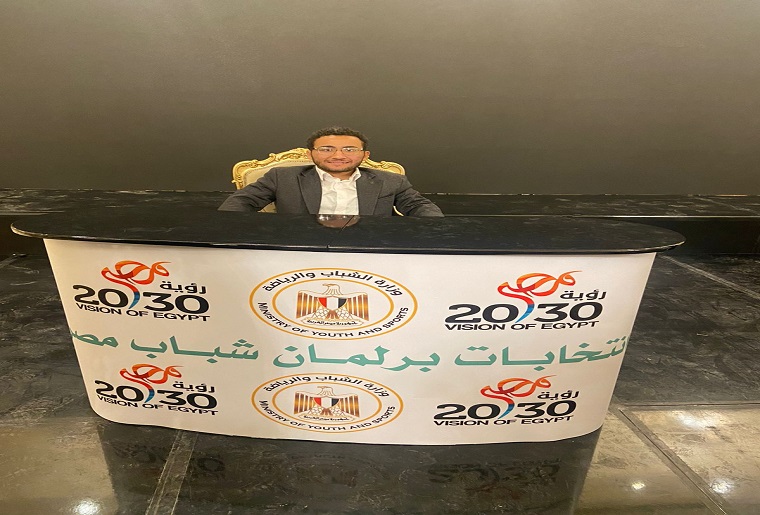 The student / Ahmed Atef, enrolled in the second year of the Faculty of Pharmacy, obtained a seat in the Egyptian Youth Parliament. Where he was chosen by the Ministry of Youth and Sports within the percentage of those appointed to the Egyptian Youth Parliament after his participation in the elections in the presence of the Minister of Youth and Sports, members of the Parliament and Senate, in the Engineering Authority House; during the period April 24-27; The student was appointed to a seat for people of determination in the Economic Affairs Committee. His choice came after he was nominated by the Youth Parliament of the Egyptian Russian University. Congratulations to the outstanding student for the honorable success.