My country is a land of pride and dignity 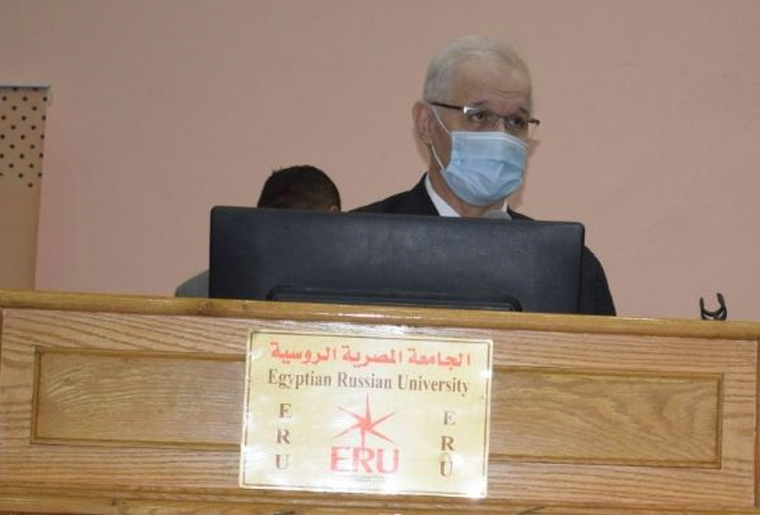 The “Egyptian Russian University” witnessed a celebration marking the 47th anniversary of the glorious victories of the 6th of October War, under the slogan “My country is a land of pride and dignity.”
It is worth noting that the ceremony was attended by:
• Prof. Karam Gabr – Chairman of the National Authority for Press and Information, Major General / El-Sayed El-Borai – the former Governor of Assiut.
• Major General Staff of War / Nagy Shuhoud – Adviser at Nasser Military Academy, Prof. Khaled Miri – Editor-in-Chief of Al-Akhbar Newspaper.
• Prof. Dr. / Taya Abdullatif – Adviser to the Minister of Higher Education for Student Activities.
• Brigadier General /Muhammad Abu Shanab (Deputy for Major General Doctor / Khaled Shukry – Director of the College of Military Medicine).
• Prof. Dr. Mahmoud Ibrahim, one of the scholars of Al-Azhar Al-Sharif.
• Ms. Ola Shousha – Presenter of the Soura program on Al-Nahar channel.
• Ms. Naglaa Al-Bayoumi – Presenter in the Egyptian TV.
• Mr. Ayman Adly – head of the training and educational committee of the Media Syndicate.
• Mr. Amr Nassar – the journalist at Al-Ahram.
• Dr./ Maysa Al-Ashmawy – Chairman of the Board of Trustees of the Leaders Foundation for Administrative Sciences And Development.
• Dr. Mustafa Al-Adwar – Chairman of the Board of Directors and Managing Director of the Arab Academy of Arts.
• Dr. Mahmoud Abdel Aziz – Chairman of the Youth Committee at the Leaders Foundation for Administrative Sciences and Development, and the Coordinator of Political Communication and National Security for Community Service Work.
At the end of the ceremony, a large group of guests participating in the ceremony were honored.
Link of the cermony

is organizing a ceremony entitled “my homeland is the land of pride and dignity.