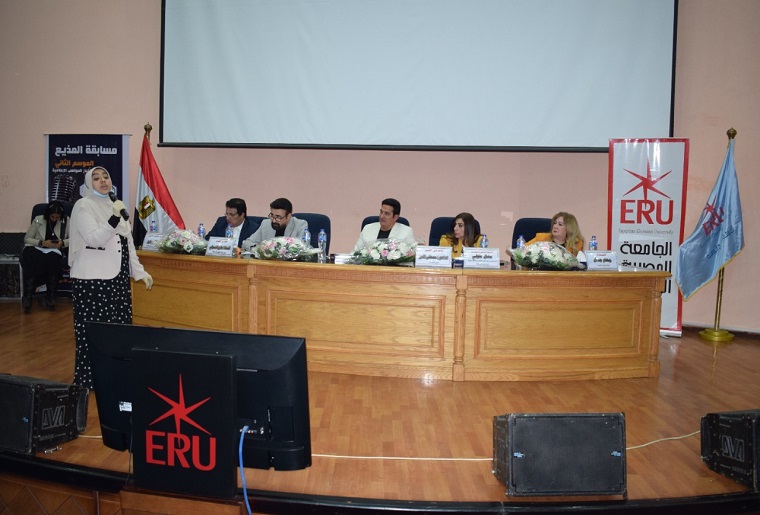 Under the auspices of Prof. Sherif Fakhry, ERU President and in cooperation with the Arab Academy of Media Arts, the first qualifiers for the “Announcer Competition” were held in its second season, where (27) male and female students from various ERU faculties competed to reach the final qualifiers. The contesting students competed to show their linguistic and media skills by reading “newsletter” and “news commentary” texts in front of the jury that consists of:

In addition to the great journalist, Dr. Mustafa Al-Adwar, President of the Arab Academy for Media Arts.

On the sidelines of the main competition, another competition was held among university students in the field of artistic talents and general information.