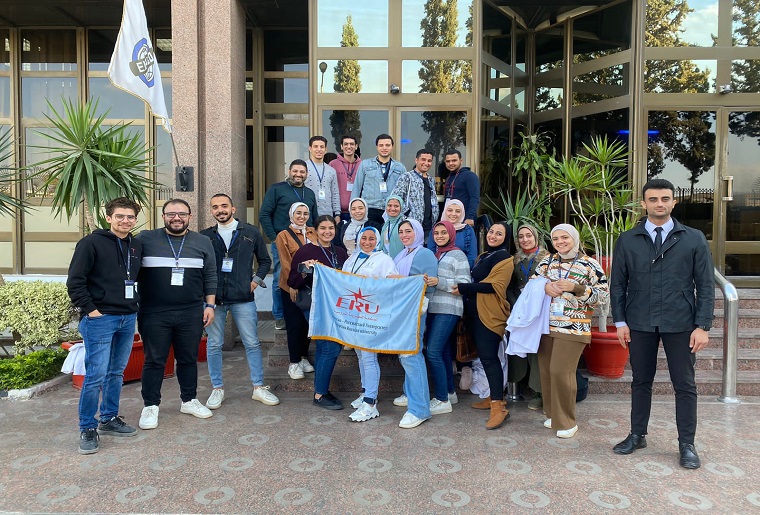 Within the framework of the practical application of what is being studied, and with the preparation and supervision of the Department of Pharmaceutics and Pharmaceutical Technology at the Faculty of Pharmacy at the Egyptian Russian University, the fourth year students visited the factory of the Egyptian International Company for Pharmaceutical Industries (EPICO), where they were welcomed by the members and employees of the company at the beginning of the visit. After that, they received an introductory lecture about the company and its various departments, and the stages of manufacturing pharmaceutical forms, and watched a recorded video about the company.. This was followed by a tour inside the company that was divided into two parts:
The first part is a visit to the production departments such as the department of oral solutions, the tablets department, and the topical preparations department such as ointments and creams, where they learned about the steps of preparing, compressing, coating, and packaging them with the latest methods. …
Then the second part, included a visit to the Product Quality Control Unit, where the final pharmaceutical formulas that were prepared undergo multiple tests.
The students also viewed the expansions of the company, as the company consists of several branches, which are EPICO 1, EPICO 2, and EPICO 3 (under construction), which is expected to be the first factory in Egypt and the Middle East for manufacturing biological products, in addition to the plastic packaging factory that is used in filling eye drops… Also, The students got acquainted with the latest technology of production lines and drug manufacturing. For their part, the students expressed that they got the maximum scientific benefit from this visit.