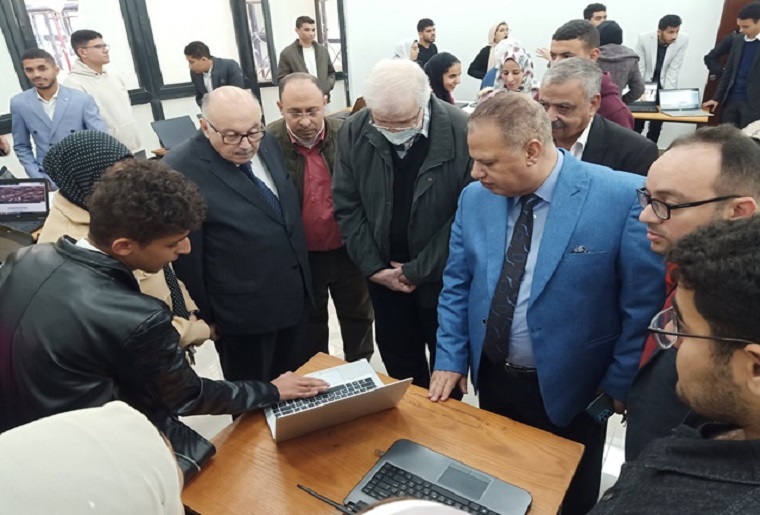 Prof. doctor Sherif Fakhry Mohamed Abdel Nabi, President of the Egyptian Russian University, announced that the University’s “Faculty of Artificial Intelligence” organized the first scientific exhibition for student projects in the first semester at different levels for the academic year (2022-2023). It will be held periodically at the end of each semester of every academic year. The exhibition included a number of distinguished projects for most of the courses in the various programs and levels of study in the college, with the support of Dr. Mohamed Kamal Mustafa, Chairman of the University Board of Trustees.

The President of the Egyptian Russian University indicated that the exhibition comes in implementation of a plan to encourage students in scientific research and innovation, and to allow students to share their ideas to solve some societal problems, improve and facilitate life for citizens through these promising projects to graduate a promising and distinguished generation in the field of “artificial intelligence” at the local and international levels.

In a related context, Dr. Essam Khamis, Vice President of the Egyptian Russian University, explained that the aim of this exhibition is to enable students to implement innovations using what they have learned in some academic courses. The projects and innovations won the admiration of the academics, industrialists and public figures who attended the exhibition.

The Vice-President of the Egyptian Russian University revealed that by establishing the Entrepreneurship Club, a number of owners of these projects can be included in the club and help them reach complete prototypes and establish a company emerging from the university to market their products to serve the community, so that the university becomes one of the third generation of universities.

For his part, Dr. Hisham Fathy, Dean of the Faculty of Artificial Intelligence at the Egyptian Russian University, explained that the number of projects that were presented in the first scientific exhibition for students of the college was (45) projects for all students of different levels “first, second, and third”, in different fields of specialization. Noting that the most important of these projects came in the fields of: “software, web design, systems and hardware components of computers, digital and logical circuits, information systems, computer science, expert, advanced and smart systems, artificial intelligence and robotics, information and data security, and digital signal processing.”

The Dean of the Faculty of Artificial Intelligence at the Egyptian Russian University stated that the presented projects reflected the extent of the faculty’s administration’s interest in the practical and applied side in addition to the theoretical aspects, as well as the faculty’s keenness to invest in these projects by participating in local, regional and international exhibitions and competitions in the field of specialization; pointing out that the faculty honored students with distinguished projects and students participating in the exhibition.

In the same context, Dr. Saeed Hassan Ibrahim, Vice Dean of the Faculty of Artificial Intelligence at the Egyptian Russian University, praised the level of the projects participating in the exhibition, and some of these distinguished projects will be nominated for adoption by the university in the coming period. He thanked the faculty members of the faculty for this high level and the effort made by the organizers and outstanding student projects; To produce the exhibition in such an honorable way. 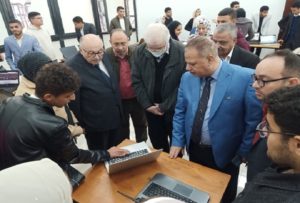 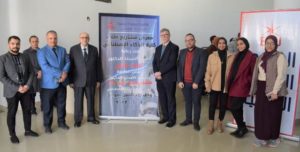 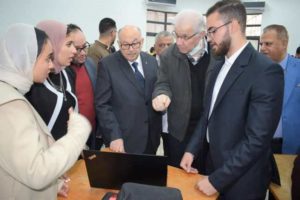 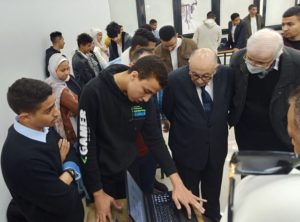 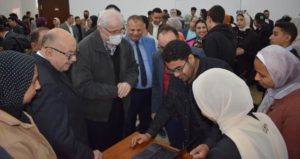 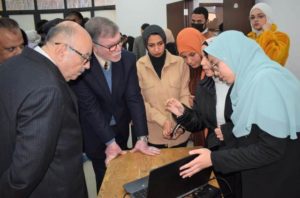 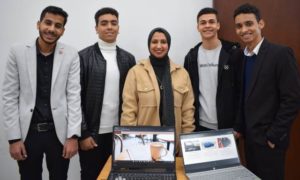 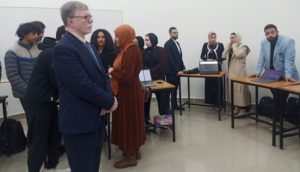 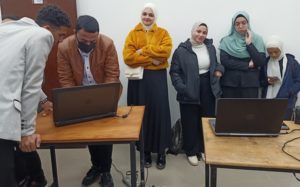 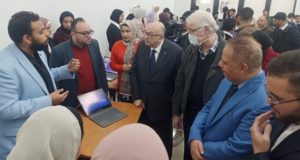