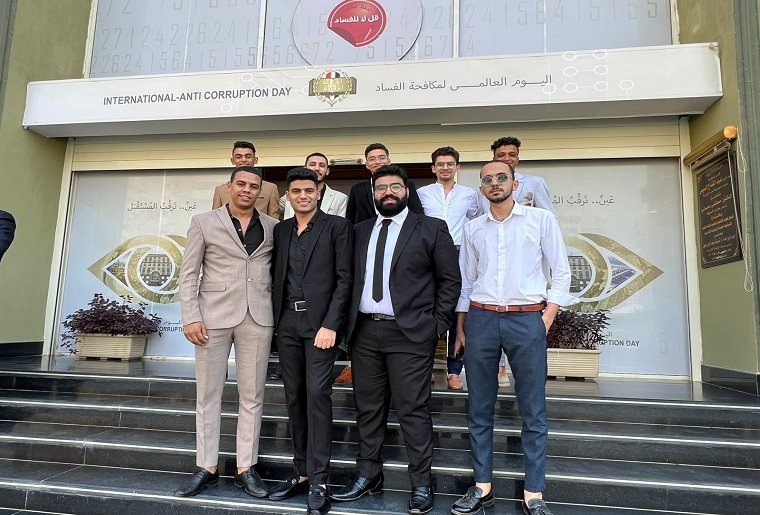 A delegation from the Egyptian Russian University participated in the activities of the training program for members of student unions in private universities, which was organized by the Administrative Control Authority from 20th to 22nd of September at the headquarters of the National Anti-Corruption Academy. The university’s participation emerges from its keenness to cooperate with all specialized bodies and agencies to combat corruption in all its forms, spread the values of integrity and transparency, enrich students’ knowledge and refine their skills. The delegation included 9 members of the university’s student union. The training program composed of many lectures, including a lecture on the definition of corruption and its causes, the Egyptian strategy to combat corruption, governance and preventive and anti-corruption control in the face of administrative corruption, a review of Egypt’s strategy for sustainable development and a look at major national projects, the Egyptian national security, digital transformation policies and information infrastructure lecture and its role in providing accurate and real information to decision makers, a review of the United Nations Convention against Corruption, the impact of administrative stability, the fight against corruption and the risks of fourth and fifth generation wars on national security.