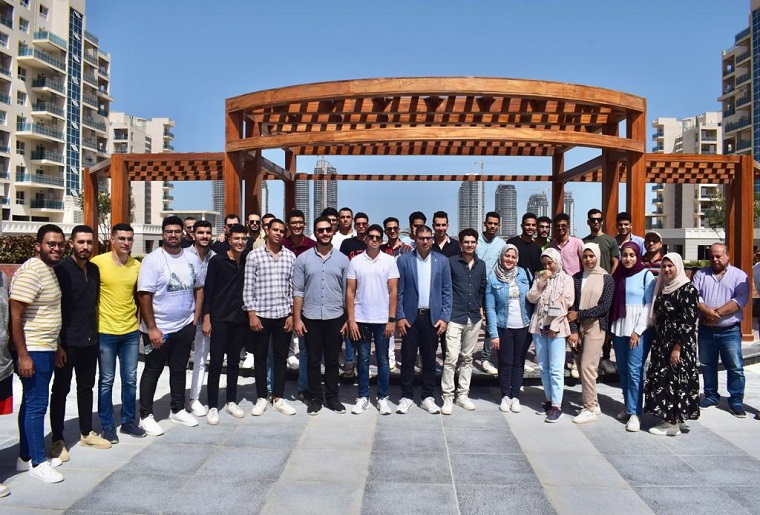 Based on the university’s keenness to cooperate with country’s institutions, and within the framework of the eagerness of Egypt’s to acquaint youngsters with national achievements and national projects , which are either executed or under implementation, The Egyptian Russian University heeds the invitation from the Ministry of Housing, Utilities and New Urban Communities to visit developmental projects in the new city of El Alamein.

The students were welcomed by Dr. Marwa Sibawayh, the technical advisor to the Ministry of Housing – the officeholder of the technical support unit, and Eng. Mohamed Khalil, vice president of the New Alamein City official Authority and its officeholders. The students received a detailed explanation from the ministry officials about the city’s general plan, including a presentation on various developmental projects that have been implemented or still under construction in the city, and its stages of development, followed by the presentation of a documentary film about the city since its inception, its most important landmarks and the percentages of achievements in it. The students’ tour mainly included the beach towers area, the entertainment area, the heritage city and the “downtown” buildings. At the end of the tour, the students expressed their gratitude for this huge development , service project and praised the warm greetings and hospitality.